“The study of child psychology in the first years of life opens to our eyes such wonders that no one seeing them with understanding can fail to be deeply stirred. Our work as adults does not consist in teaching, but in helping the infant mind in its work of development”

Born in 1870 in Acona, Italy, Maria Montessori grew up in a country that was very conservative in its attitude toward women. Despite considerable opposition of her father and teachers, she pursued a scientific education. She became the first woman physician in Italy. As a physician, Dr. Montessori specialized in pediatrics and psychiatry. Her first experience was working at the University of Rome in a free clinic for working class and poor families.

Early in her career, she became a proponent for the woman’s movement, peace effort, and child labor law reform. She accepted speaking engagements throughout Europe. Later in her career, she became a delegate to the United Nations. In 1901, she was appointed Director of the new orthophrenic school for “mentally deficient” children at the University of Rome. She recognized through scientific observation and research that these children needed stimulation, purposeful activity, and self-esteem.

During this time, she studied with Dr. Jean Itard and Edouard Seguin. Itard’s theory of sensitive periods or stages in the development of the child appealed to Montessori. She used this theory and found that her “deficient” students in Rome passed the standardized 6th grade test for the Italian public schools. As a result, in 1907, she opened her first preschool for young children of working class parents. She called it “Casa dei Bambini” or “Children’s House”.

She introduced the children to the variety of different materials that she used at the University of Rome. Furthermore, she encouraged independence, grace and courtesy, and practical skills. Through this process, the children developed self-respect, self-discipline, and love of learning.

This is where the Montessori education began and continues with your children at Bryant Woods Montessori School. In 2007, Dr. Montessori’s method celebrated its centennial anniversary.

Take a peek inside a Montessori Classroom 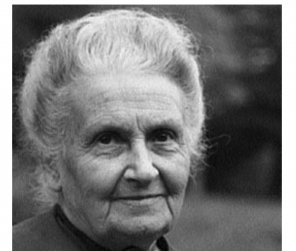